A Company With A History

Over A Hundred Years Of Expertise

Three Barger brothers, Paul M., J.V., and C. Erastus, all natives of Rowan County began business in 1902, with one sawmill at Mt. Ulla and built up quite a large and prosperous business. The principal office was established in Mooresville in 1909. At that time Barger Brothers operated six sawmills year round and shipped about two million feet of lumber from Mooresville annually. They bought the timber supply from Iredell, Rowan and Catawba counties.

In 1947, L. Young White became president and treasurer of the newly-formed Barger Construction Company. The company grew rapidly under the guiding hands of its president. Mr. White was respected and admired by all who were connected with him. His life tragically ended in 1968 by a train-car accident. He will be long remembered as a loyal and dedicated citizen of Mooresville, NC.

M.A. Wicker became president of Barger Construction Company in 1968. However, after a lengthy illness, he died in October 1982. Ben L. Millsaps became president and treasurer in 1982, operating the company until his death in 2008.

Today the company is primarily engaged in the construction of industrial plants, commercial and institutional buildings, schools, churches, hospitals, and shopping centers. We are also proud of their accomplishments in other architectural structures such as coliseums and stadiums. With an annual volume of $7-9 million, Barger Construction Company, Inc. operates in North Carolina, South Carolina, Virginia, Tennessee, and Georgia with unlimited license. 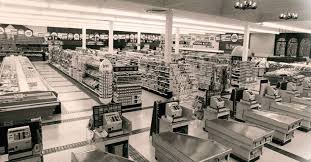 — Scroll through our timeline of history —